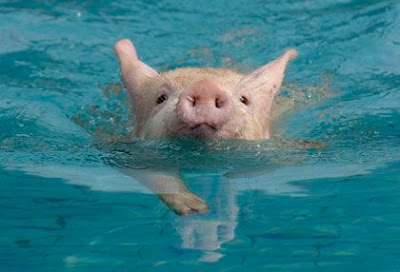 Okay, I’m the first to admit that I’m a Lane Hog. I don’t like sharing and I make it clear to anyone who wants to enter my lane domain. And, yes, I’m a little sneaky about it. I hog the middle of the lane, not quite blatantly, but you know, enough toward the center black line to make it loud and clear that NO ONE is welcome. My methods are obvious, but usually effective. I rarely share a lane, esp. at Hilltopia.

So, today, when I arrived on deck at the usually calm Sunday lap swim hour and every lane was full, I swore under my breath. Or not really, I swore out loud: “Shit.”

Ian had already grabbed the last empty lane and was casually putting on his red fins. I glared at him.

There was, however, an empty lane next to him. The dreaded ‘walking lane.’ Now, at Hilltop, the lifeguards are so low-key (or asleep) that they don’t care if swimmers ‘swim’ in the walking lane. (Unlike Oakland where the lifeguards will leap off their high chair, blow their whistle, holler, “NO SWIMMING IN THE WALKING LANE!!!”and send offending swimmers scurrying for cover!) So, today even though I avoid swimming in the walking lane at Hilltop I decided to risk it. If a walker got in, then I’d just scoot over and swim with Ian. 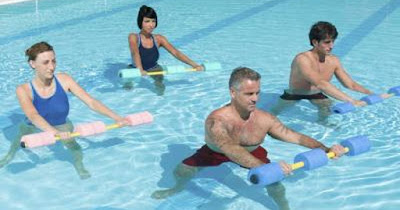 I climbed in. The water was luscious and calm. My new mask was NOT leaking. I swam one lap, turning at the wall, and headed back, thinking, okay, someone will get out of one of the other lanes and then I can swim over there. Till then, I’ll just make sure I watch out for the ‘walkers’.

Then.....a Square Woman entered my arena. She was, well, square. You know what I mean? As wide as she was tall, this woman in her skirted black and white suit from 1977, now stood in front of me. Naturally, I thought she was a ‘walker’ and I needed to move to another lane.

But, Lane Hog that I am, I stopped and asked her, just to make sure. “You walking?” I said, trying not to pause too long at the wall as she stared at me, seeming to comprehend my query.
“No,” she said, “I’m just looking for a lane to swim in.”

“Oh, yeah, well, it is crowded today,” I responded, thinking, whew, she’s not a walker, she’s gonna move to another lane. I will continue to get to swim in my own lane.

I swam to the other side, turning at the wall and saw her start to march toward me. Her squaredom swaying side to side in massive ownership of the lane.
Damn. She is a ‘walker’ after all. I’ll have to move. 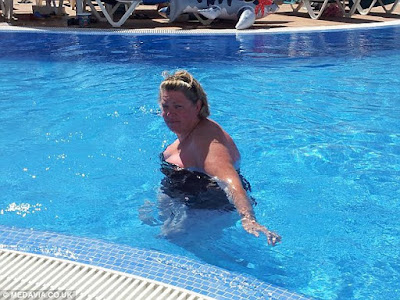 And so I did, just popping under the lane line and joining Ian.

I was cranky. But what could I do? Ian didn’t seem to mind my joining him, but he’s not the type to say if he did, so…..I swam a couple of laps and then noticed, to my amazement, that the ‘walker’ was now swimming. In MY lane!

Shit. She’d just walked one lap to chase me out of the lane and then she took over. I couldn’t believe it! How goddamn sneaky was that? Is this what they mean by passive aggressive? Or was it just plain aggressive?

Or was she just an underhanded bitch?

I decided she was the last and seethed as I continued to share a lane with Ian while Square Takeover Woman blithely swam by herself down the center of the lane with no sharing in sight.
But then, hah! I real walker entered the situation, donned in walking shoes and no cap or goggles. Lane Takeover Woman was forced to abandon her stolen lane and SHARE with someone else on the far side of the pool. And it was supremely splashy and crowded over there where she was forced to swim now. Hahahahaaaaa!!!! 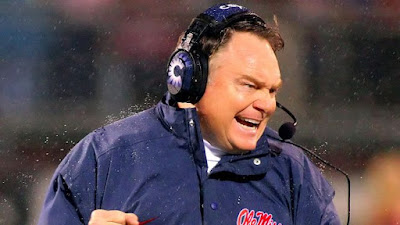 I grinned to myself underwater. Vindicated, I smiled over at the current real Walker Woman who smiled serenely back at me, completely oblivious to her role in my victory.

When Ian got out and I finally had a lane to myself, I swam down the center, directly over the heavy black line on the pool’s tiled bottom. Not even trying to be subtle about my Lane Hogging abilities.

Damn if I was gonna let anyone share with me for the last 10 minutes of my swim. And no one did or dared. My hostile don’t share my lane vibe was on high.

Yet, part of me has to hand it to Hostile Lane Takeover woman. 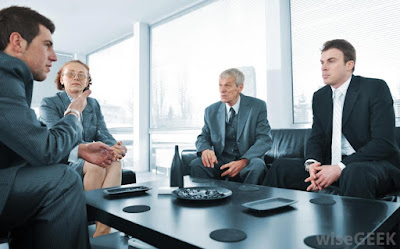 She pulled one over on me.
And frankly, that’s hard to do, esp. with a seasoned Lane Hog with no qualms about what’s rightfully hers! 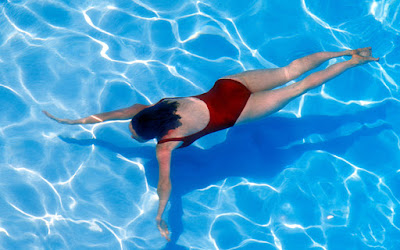 “I wonder where everyone is,” Sandy shifts subtly on the top shelf of Utopia.
“I know, right?” I say. “I had an entire lane to myself in the pool for almost my whole swim. That never happens here at the Downtown Oakland YMCA!
Sandy snorts. “Yeah, I hear you.” 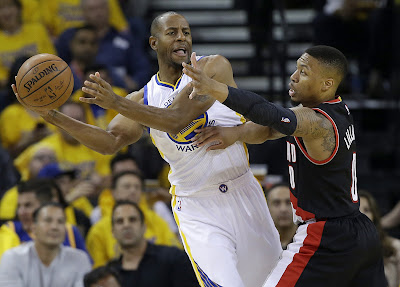 “DL thinks that it might be so empty round here cuz of the basketball game,” I share.
“Oh, yeah, I bet she’s right!” Sandy nods, as DL grins supine on the bottom shelf of Utopia. We don’t usually have the spaciousness of just the three of us in Utopia and DL is taking full advantage. “Isn’t this the game that decides it all?” Sandy asks.

I shrug. I have no clue. I have a vague, very vague, idea that Oakland’s Wonder team, the Warriors, are playing but beyond that, I have no clue. Basketball is not my thing. Too much running back and forth in wild frenzied violence, whistles blaring, elbows felling. It’s overwhelming for me after a few minutes. I’d rather watch The Young and the Restless, with Victor Newman in prison for enlisting the services of a Peruvian Twin to impersonate Jack Abbott who was being held captive on a deserted island by his schizophrenic ex. 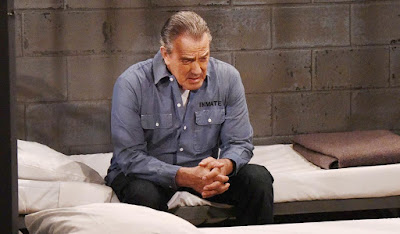 And Sharon! She thought she was pregnant with Dylan’s baby while she was in the asylum at Fairview, but then unbeknownst to her because of heavy constant medication prescribed to her by her evil psychiatrist, she didn’t really have a baby—it was actually Nick Newman’s stolen dead baby and so….well you get the idea. The ball goes back and forth and up and down the court in a soap opera, but it’s much more surreal. And hilarious. 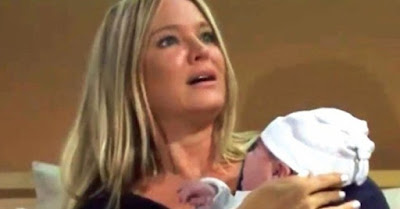 But back to Utopia and Basketball, DL shakes her head in answer to Sandy’s claim about tonight’s game being the decider. “No, not tonight,” DL says.

Sandy nods, then sinks back against the wall after peering at the clock. 9:40. We’ve still got 20 minutes before they kick us out. “I like basketball,” Sandy announces. “Now, baseball. No way. My father loved baseball. Why he’d be so excited when they had something called a ‘no hitter’ and I was bored to tears!
“Me too!” I exclaim. “I want the games where the score is 17-15.”
“Exactly!” Sandy nods. “Otherwise, it’s such a yawn. I will drink those big beers. Scarf down some nachos. But the action? Put up some cat videos.” 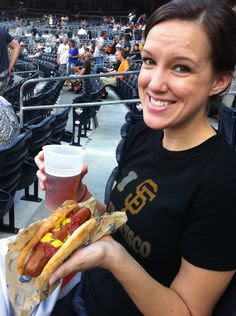 DL cracks up, her entire body shaking in mirthful delight. “Put up some Cat Videos. That is so great!”
“Yeah, what a genius idea,” I concur.
Sandy shrugs. “I tell you, baseball is such a snore. And football, fuck that shit. Pardon my French. But basketball, I can get behind that sport.” 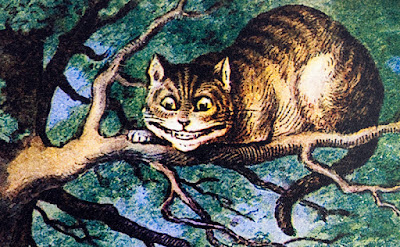 “I’ll see you both out there,” Sandy rises, ambles out of Utopia.
I’m still laughing. Cat Videos! At the A’s game? I’m there!

Now if only we could get them to show The Young and the Restless at ballgames. Will Sharon tell Nick that his baby isn't really dead? That the baby she has is, in fact, his? But no, wait. It's not really Nick's baby, it's Adam's! And Victor Newman knows this secret! But will he get out of prison in time to divulge this before Sharon runs off, kidnapping her own child that isn't really hers?

Baseball and soaps! Another Utopia for me. Well, besides my own lane at the Downtown Oakland YMCA.

Attack of the Green Apples