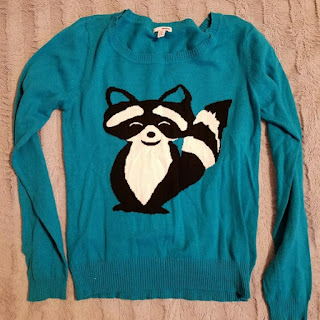 “Hi.” Today M sports a turquoise fox sweater that I can’t help but admire.
“Cute fox sweater,” I say.
“It’s a skunk.”
“Oh, of course. Cute skunk sweater.”
She shrugs, shy. “I like skunks. Do you?”
Annalise makes a face as she tosses her stuff around the locker. “Only if they are not by me…” She waves her arms away and around to ward off the imaginary skunk. M giggles. 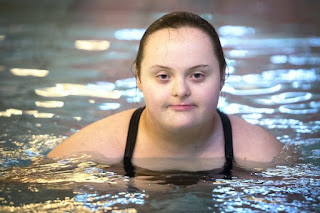 M and I had already been swimming together. But she hadn’t stayed in long. Later, she’d wanted a hug in the sauna. It was awkward. I was tired, hungry and ready to shower. Plus, I'm really not a 'hugger'. I remember when Ian's Scottish sister-in-law came to visit and upon first meeting me had asked, "Are you a hoogger?" I hadn't understood her with her Scottish lilt, but when Ian clarified, I shook my head. "No, not really," I'd told her. Yet today, with M, I could tell she needed a hug. And so I climbed down off the top shelf of the sauna, wrapped my towel around my wet swimsuit and embraced her gently.

Earlier in the pool, M had barely swam at all. Had gotten in the lane next to mine, given me a little wave. I was deep into my workout, but did take a moment to grin, say “Hi, nice to see you in the pool.”
M had only given a tired smile. Something seemed off. But she was in the pool, so what could be wrong? 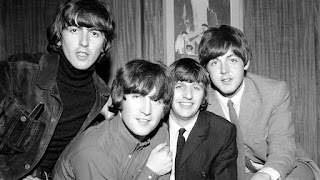 Who knows? She has a life that I will never understand. I can’t imagine what it would be like to be ‘developmentally disabled’ or ‘differently abled’ or as we used to say ‘retarded.’ I remember I had a retarded friend in 6th grade. We used to walk down the hall, holding hands and singing Beatles Songs. “I Wanna Hold Your Hand”, “Yesterday”, "It Was a Long Day’s Night”. I don’t know what happened to her. I don’t even remember her name. But I remember loving her and feeling a strong connection to her. Even when the other kids made fun of us, I just shrugged it off which wasn’t like me. There was something magical about her. I was in another world with her.
Is this why I am drawn to M? Or she’s drawn to me?

I never thought about this before and it only has come to me as I write this at 11:30 at night after watching a film called Band Aid about a writer and her husband who fight all the time and then write songs to process their combat. There’s much analysis about women and feelings; men and compartmentalizing. They even have an argument about the use of the word Retard. How it isn’t ‘politically correct’. I get this. The word is offensive in this context. But also, the word ritardando means slow in music. It’s often a notation at the end of piece. And it’s often very beautiful because of this slowing down…. Plus it’s Italian in origin. Which is always bellisima! Am I overanalyzing M post film?

“I’m sick!” M announces to me and Annalise, now. “Does my face look red?” she asks me.
“No, I don’t think so.”
She shrugs.
“Is that why you got out of the pool early today?” I ask, glancing over at Annalise who is hurriedly squishing into her suit.
“I dunno.”
“Can I give you a hug?” she asks Annalise.
“No no non...not if you’re sick. Next time….” Annalise gives me a look, rolls her eyes. I am shocked. Or at least surprised. At Annalise’s refusal of a hug? Or at the fact that M wants to hug everyone? That I am not special?
Damn.
Ian had told me once that kids with Down Syndrome like lots of physical contact. So this could be it. And that’s all.

M’s mom hollers something in Spanish from the other side of the locker room. “I don’t wanna hear her,” M says.
“But she knows where you are,” I point out.
“I guess….” M shrugs again, moves to hug me.
“Uh, Air Hug, okay?” I suggest. “Since you’re sick.”
She giggles, mimics a hug in the air as her mom hollers one last time. M turns and heads down the row of lockers. “See you next time,” she says, a glint in her eye behind thick glasses.
“In the pool,” I say.
She giggles again, then turns away, hugs lingering in the air behind her. 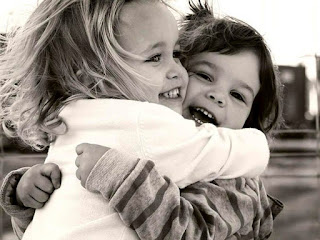