“I see you skipped the pool tonight,” Sandy observes as she saunters naked across the squalid Jacuzzi room to grab a paper towel. 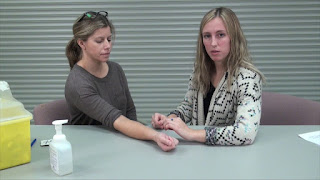 “Yeah,” I shake my head, “I had to get a stupid TB test and so can’t go in the pool or Jacuzzi for 48 hours.” Sandy has noted my lack of wet hair and wet suit and discombobulation from being out of my swim routine mug?

“I understand,” she says now, as she strolls past me on her way back into Utopia. I follow her in, DL behind me. We all settle down to get the heat. There’s only one other woman in the sauna. An Amazonian Blonde lying prone on the bottom shelf. I’ve not seen her before, but I’ve been gone for weeks because of the pool closure. So, she could be a New Regular. 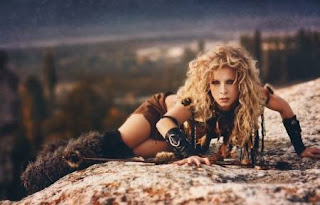 DL wrinkles her nose. “The smell….” she murmurs. “I can’t take it,” and she bolts out of the sauna.

She’s right. There is a VERY strong smell of that eucalyptus potion that some of the women in Utopia employ. I usually don’t mind it, but DL’s exit is entirely appropriate. I don’t follow her cuz I need the heat. Plus, I want some Sandy Story Time. 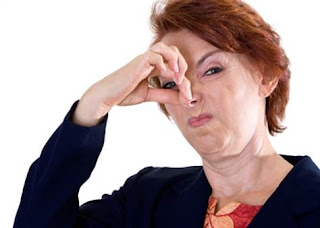 “I don’t mean to be presumptuous,” Amazon Blonde says, “but why did you have to get a TB test?”

I guess I was announcing this to all of Utopia when Sandy asked me. Sometimes I forget how loud I can be. Esp. when I’m at the Y. There’s always such a din and I’m often unable to understand anyone. I remember one time when BLN was telling some fabulously intense story in Utopia, but she talks softly with a big vocabulary and I couldn’t really understand most of what she said, which is a shame.

So, maybe I shout cuz of this? Or I just forget sometimes how we’re all in such close quarters and everyone can hear everything if you’re making some sort of TB Test Proclamation?

In any case, I was a bit embarrassed that Amazon Blonde was asking me, but then again, not really and told her it was cuz I was hired to teach in the Contra Costa School district and had to go through this formality.
“What are you teaching?” she asks.
“Piano.” 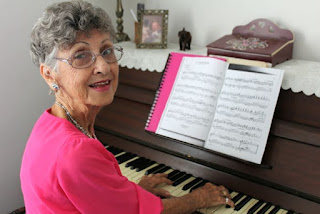 “Cool,” she says, then proceeds to tell me how she is taking some sort of music theory class at Laney College and playing some groovy instrument that I’ve never heard of and then how she taught ESL in the City (has everyone under the age of 30 taught ESL in the City?!) and then sheepishly, she admits that she was the culprit with the Eucalyptus Stench. “I’m sorry,” she apologizes, “I saw some other women putting it on and I thought it was okay….”

“Ummmm….” I murmur. I’m sure she did see other women slathering the shit on, but honestly, wouldn't common sense dictate that you don't stink up small heated public spaces with stinky health potions? Plus, there are signs all over the place saying not to apply lotions in the sauna.

“I didn’t realize it was so strong,” she continues, abashed. “I just put a little on my chest.”
I glance at her young vital brisket, shiny and hard. Oh, to be young and clueless!

“It is pretty strong,” Sandy pipes up.

Amazon Blonde nods. Continues to lie prone for about 30 seconds and then gets up and leaves. Without a word.
Sandy sighs. Very loudly.
“Aren’t there signs here prohibiting lotions in the sauna?” I ask her.
“You bet your sweet ass there are!” she snorts. “Signs for no lotions. Signs for no glass. Signs for no food. Etc. etc. etc.!”
“Yeah, but no one reads the signs, right?” I say.
“That’s right,” she agrees. “People just do what they want to do and to hell with everyone else.”
I nod, settle back into the heated wall.

“Congratulations on your teaching job by the way,” she says, more mellow suddenly. “I didn’t know you played the piano.”
“Thanks—it’s very part-time, but yes, I’ve played and taught piano all my life. It’s my first love.”
“Wonderful.”
“Do you play an instrument?” I ask her. 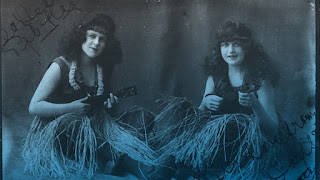 She smiles, wistful. “I used to play the Ukulele with my brother when we were growing up in the Islands. I couldn’t read music, mind you, just chords, but I remember hanging out on the lanai, the trade winds blowing and my brother and I would just be strumming along.”
“That sounds lovely,” I grin.
“It was.”
***
Later, as DL and I stagger around the parking garage looking for our cars, I tell her about Sandy’s Ukulele story and she nods, “I want to hear more stories from her about growing up on the Islands.”

“Yes, me too,” I agree, thinking that growing up in Hawaii in the 60s and 70s must be chalked full of paradise narrative and family lore. Esp if such lore is coming from Sandy! 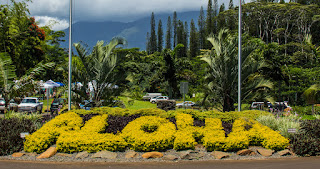