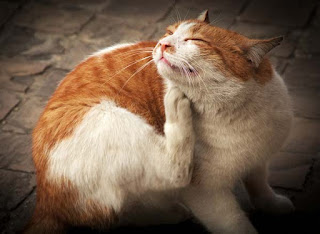 “I itch.” E shrugs, continues scratching at a large patch of burned and peeling skin on her hip.
I know I must have been staring. I try not to, but can’t help myself. E’s skin is in a miraculous molting phase. And it’s no wonder she itches.

She was in a fire that burned like 99 percent of her body about a year ago? I’m so bad with time, but I remember when she first came back to Utopia, the damage was severe and heartbreaking. How could anyone survive such a trauma? The pain. The terror. The hideousness of it all.

Yet, E seemed characteristically unfazed by it. She acknowledged that it hadn’t been her time to die. And then she went on. With her daughters. And her work. And her time here at Utopia.
I haven’t seen her in the pool for some time. I would imagine that the super chlorinated water would not be a healing salve for her poor damaged skin.

In Utopia, DL and I had found a seat in the crowded scene. I noted that a towel was spread out on the top shelf, taking up valuable space. But whatever, I was too tired from my swim to ask who the towel belonged to so I just plopped down on the shelf below. 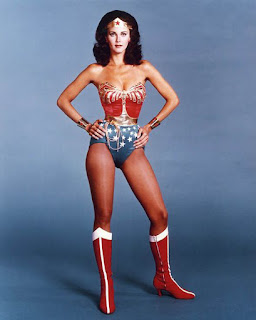 Soon the towel’s owner strutted in. I’d not seen her before. She was fit and pale and exuded a naked confidence that some women can. She climbed up to her towel, smiling at me and then lay down, her small firm breasts right at my eye level.
Do I stare?
Yes I do.
But it’s okay. She’s got her eyes closed, right? And besides, what else can I do? Pretend they’re not there?

E ambles in. She’s still scratching. Sits down beside me and sighs deeply. “I itch,” she repeats.
“Yes,” I nod, “I bet.” Cause what else can I say? I mean, I can’t really imagine what it would be like to have your entire body fried to a crisp, so I can only try to quell the slight nausea that rises in me whenever I am too near E.

She launches into a spiel about a concoction she’s made to help soothe the itching. To no one in particular, but everyone’s listening. “I use the olive oil. The ginger. The eucalyptus. The ….” Something else I can’t quite understand cuz of her Utopian accent.
But Naked Confidence Woman understands and joins in, “Aloe vera?” 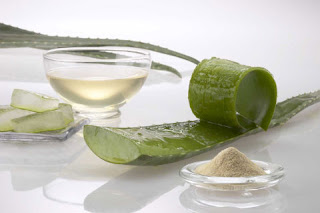 “Yes, yes, that too,” E nods. I can tell that there is really no communication going on in a literal level, but it certainly is going on in a womanly sense. They understand each other in the talking over of concoctions. I mention that it sounds good enough to eat.

Naked Confidence Woman sits up now, nods emphatically as she positions herself Indian Style. I don’t look back now. Way too intimate.

She proclaims: “They say that anything you put on your body you should be able to put inside it!”
“Ah….” I nod, thinking how no way would I really eat E’s concoction.
“It smells wonderful!” Naked Confidence Woman exclaims.
E nods in agreement. “Yes, yes….” Then she fades into a tired space. I think how tired she must be. To have her body itching like that to the point where the scratching seems to be peeling off the excess layers of skin.

Ewwwww. I do NOT want to think about that.

So I get up and leave. DL’s already gone? When did she leave? I get so immersed in the Utopian Conversation Situation that I missed her exit. Damn. I wonder if she heard the concoction exchange?


Later, DL and I are dressing and I’m yammering on and on about I don’t even know what, and Naked Confidence Woman, dressed now, leans around the corner and blurts out, “Have you heard of Brene Brown ? She does a Ted Talk about Vulnerability?” 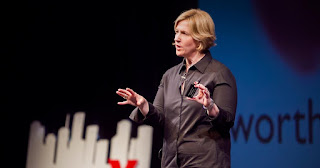 “Uh…..” I glance over at DL, whose eyes are wide and mirthful behind her glasses.
“You sound just like her. When I heard you talking….” she explains.
“Oh,” I say, laughing softly. “I guess I could give a Ted Talk on Dreams and Cats.” 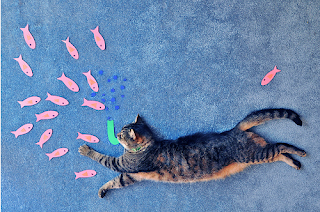 No, I didn’t really say that. But wish I had.
Instead, I just mutter some inanity about how I’ll have to check out her Ted Talk when I get a chance. Vulnerability.
That seems about right. E should feel some Vulnerability around her skin and her life. Naked Confidence Woman obviously doesn’t have a Vulnerable Bone in her body.
And me?
I’d been especially vulnerable all day. The traffic in the morning put me near tears. Then late to work which sent me over the vulnerability edge if I hadn’t been at work. I felt raw. Exposed. Traffic and lateness can do that to a person.

And so, yes, I’ll have to check out the Ted Talk. I need to learn about strategies to cope with vulnerability. Is that what it’s about? Or is it about allowing yourself to be more vulnerable?
I’ll let you know.
In the meantime, E is so courageous. To have that itch. And to scratch it. 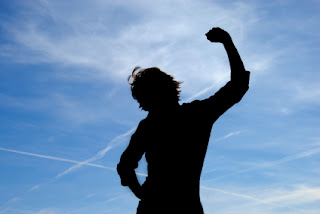 I hope to see her in the pool again soon!

Girl Energy in the Pool 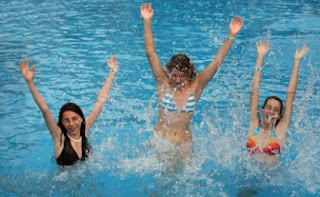 Three teenage girls, or maybe preteen, climb into my lane at the Downtown Oakland YMCA. Ohhing, and squealing and wincing: “It’s so cold! No it’s not! Get in! I can’t!”

Then much dramatic shivering, splashing, laughing and frolicking as they do submerge, but one of them keeps her head out. She’s got on a grey wool cap that isn’t meant for swimming. But no matter, the fun can begin with head out of the water. The girls splash, and giggle and gossip and cajole loudly and with abandon. Their energy is electric and high. I move to the next lane to give them their space, continue swimming my laps.

After a few minutes, I see one of them climb out, scurry to the locker room and return with another wool cap that she gives to Grey Cap Girl. This cap is special though. It’s a lion’s head! Complete with fierce teeth, golden eyes, and tail hanging a little too close to the water. 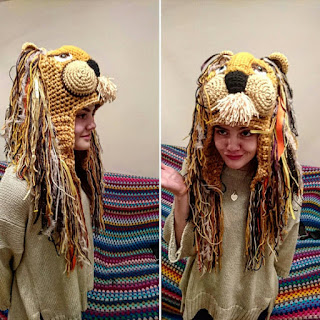 “Don’t get it wet!” they squeal. And she does. Get it wet. And it doesn’t matter. The lion’s energy is part of their girl energy. It enhances and enlarges it. Gives them power and play. I love it!

Later after my swim, Utopia and Sandy Time, DL and I slog out of the locker room. The girls are gathered in a little rumpled circle in the lobby. I ask them about the lion’s head.

And there’s a moment of connection here that I didn’t quite have in the pool. The exchange is charged with a tinge of girlish panic, but it’s fleeting. I hear the one come running back, “Here it is!” and they all convulse into giggles and punches.

Girl energy. It’s everywhere. And it’s part of the feminine instinct, I think of collective caring and observation. 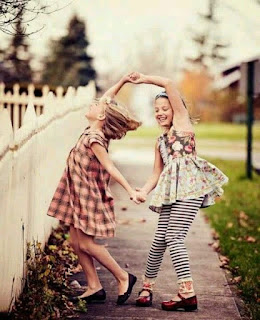