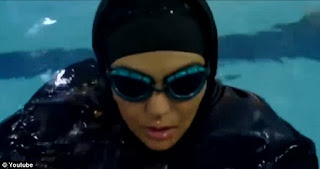 Her energy was soft and shy. As I sat on the edge of the deck, waiting for the lifeguards to put in the lane line, I watched her paddle toward me. Her black hijab covered her head and neck, her arms and legs were completely covered in long black fabric. It billowed around her in mellifluous magnificence. How did she swim, I wondered?
Yet she did. Just fine. Her hands paddling in quick dog paddles, her body floating flat behind her, legs kicking straight and true.
Stopping to rest at the wall, she raised her mirrored silver goggles off to rest on her forehead. Gave me a sweet smile.
I smiled back at her, then gave the lifeguard the thumbs up as he snapped the lane line into place. “How you doing tonight?” I asked her.
“Okay,” she murmured, her eyes gazing at me in softness before she pulled the goggles back over them.
“We can just split the lane, okay?” I suggested. “You can take that side and I’ll take this one.”
She nodded, then paddled off, her black fabric swimming costume floating around her in soft waves in the blue water.
I had wanted to delay her. For a moment. To ask her, really, how are you doing? Have you had any trouble the last two weeks after the election of the Racist Preacher of Hate who has vowed to send all of her kind back to where they came from. Or round them up and place them in internment camps. Or line them up and shoot them….
Did I make that last one up? 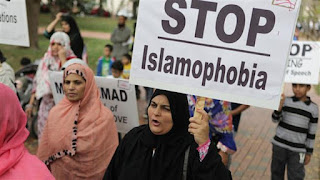 I think so, but this is the climate of hate and violence that has swept across the land since Trump’s election and his appointments of racist, white supremacists to his future cabinet. 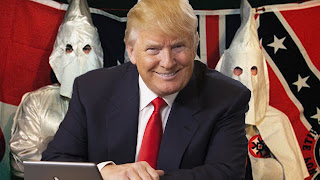 What will become of her? I worried for her. I worried for my friends that had been victims of hate and violence: DL had been the victim of hate. A woman calling her a ‘fag’; DL’s supremely genius response of ‘Oh, honey you have it wrong, I’m a Lesbian’. And then, the woman spewing more ugliness at DL and no one surrounding DL did anything to stop it.

To me this is the most appalling and unconscionable aspect of the current violence that the Preacher of Hate has inspired. The hate of ‘others’ has always been there, but those that hated, that feared were ‘more cordial’ about it as one of my students labeled it. She told me of women, young Latinas who had been hit by hate crimes and abuse. A woman on BART. A woman walking down the street in Alameda.
And this is the Bay Area! 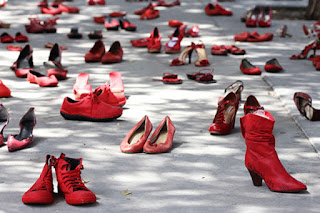 We like to think that we’re better than this. That this sort of hatred towards others that are different than us doesn’t exist here.
But it does.
And I am so upset and sorry for this.
As I swim next to this young woman tonight, each time passing her, her black scarves floating in wavy beauty under the water, I think how hard it must be for her now. How she must fear for her safety and those in her family in these horrid times.
I’m so glad, though, that tonight, she’s here. Safe in the waters of the Oakland Y’s pool. With her mirrored racing goggles. Her soft, strong energy.
And her smile that assured me, ‘I’m okay.’
I hope she is. I really do. If she could just keep swimming, here at the Downtown Oakland Y, and never get out of the pool, she’d be okay. 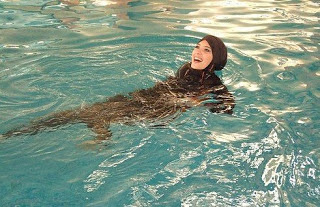 As long as I’m swimming next to her. I’d brain anyone with my fins who dared to harass her. I would hiss and spit at them. I would call for help.
I wouldn’t stand by and watch like those stunned? Fearful? Ashamed? people in DL’s experience.
At least I don’t think I would. 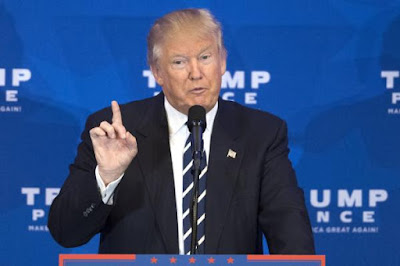 Now that The People have elected a Misogynistic Megalomaniac to the Oval Office, I wonder….what the hell is gonna happen to all those 10 million plus folks covered by the Affordable Care Act?—Its repeal is on the top of MM’s agenda for his presidency. What the hell will I and all these others do without the subsidies provided by the ACA, otherwise known as ObamaCare? Sure, I have a Master’s degree, and I use those BIG words, but….even with this advanced education, I have no health care through my employers (yes, plural). Without these subsides, I won’t be able to afford the approximately $600 a month that Kaiser will charge me for the minimum coverage. Not to mention the fact that Obama Care did away with insurance companies' 'pre-existing' conditions mandates--this was another patently inhumane reason that insurance companies used to charge more for their policies. 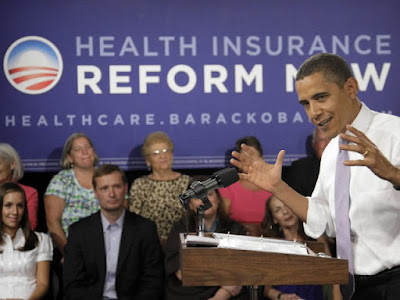 Oh, and yes, I hear you skeptics out there. Obama Care is responsible for these big spikes in coverage this coming year. No! The insurance companies are! The greed and sliminess of these corporations know no bounds. Hillary Clinton, during her husband’s administration, tried to pass Single Payer Health Care, but the legislators blocked her efforts. Where would we all be if she had been successful? If her vision had been carried out? 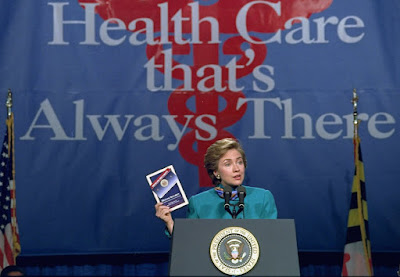 Not in the position we are now! I, and everyone else, without the greedy monopoly of the health insurance industry, would be contributing to and benefiting from this single payer option without the hellish capitalistic stranglehold that the insurance companies now exercise.
I’ve been writing about and bemoaning the state of health care in this country for over 25 years (Check out “The Kaiser Stories”, Norton Corker Press, 1991), and truly believe that as long as insurance companies control our healthcare, our premiums will continue to rise and at some point, only the ‘elite’ (ie: RICH--aka Donald Trump--has he ever had to worry about health coverage? That's a rhetorical question, obviously) will be able to afford health coverage.

The employer based insurance now covers only what? 40%? 45% maybe 50 % of workers ?Without Obama Care, those of us, many of whom have insurance for the first time, will lose our coverage –this will cost everyone more for care that could be prevented with affordable insurance.
And so, I return to my original question, if Trump fulfills his promise to repeal the Affordable Care Act, what will happen to all of these millions of people who will lose their insurance?

I think he’ll have a lot of sick and angry people on his watch. Some of whom, I bet, voted for him. 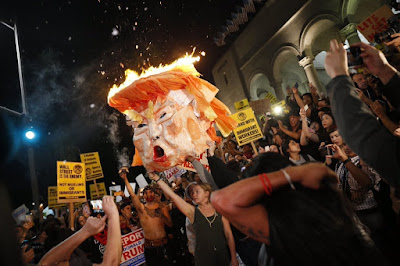 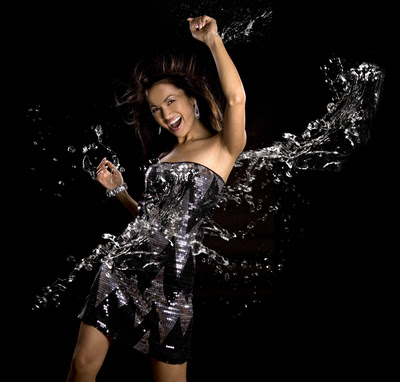 “Some might call her ‘bubbly’,” DL observed as we made our way to her chariot after Utopia. A term of disparagement for us, ‘bubbly’ is what you need for the restaurant business. I’ll never forget the time I was the overworked, underpaid ‘hostess’ for Salmagundi’s on Geary Street and the manager called me into his office after a particularly harrowing noontime shift that I’d somehow weathered. I thought admirably. “I’m afraid we’re going to have to let you go,” he informed me, slouching in his white dress shirt behind his formidable backroom desk. “Why is that?” I demanded, exhausted from the lines of demanding patrons. “You’re just not ‘bubbly’ enough”, he said, chewing on the end of his pencil thoughtfully. “You need that quality here. And while you performed well with handling the customers’ orders and cash, we do need someone….” 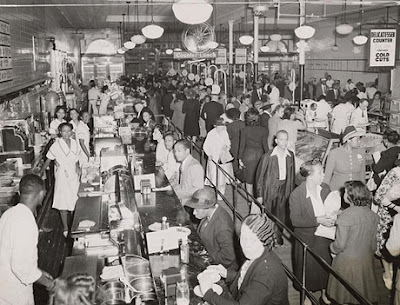 I didn’t need to be told twice. Pulling my green apron off, I tossed it on his desk. “No need to explain further,” I said. “I’ll just take my non-bubbly self out of your equation.”

I think DL has a similar story. I’ll have to ask her when next we meet in Utopia. 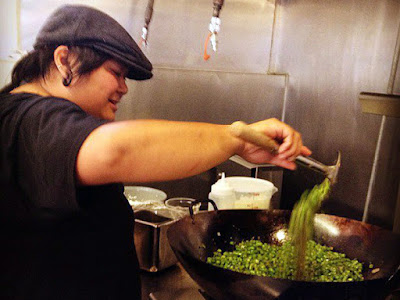 But for today, bubbly was in the air. The ‘Bubbly’ one DL was referring to was a ‘sous chef’ at Millenium, some chi chi restaurant I’d never heard of. But DL had been there. I was impressed! Bubbly Sous Chef went on and on about this and that. I honestly didn’t register much of what she was saying at all. Could be that I don’t cook (“We unfreeze and we cut and assemble,” DL had said) or that I was wiped out after my freezing cold swim and the much needed heat of Utopia. 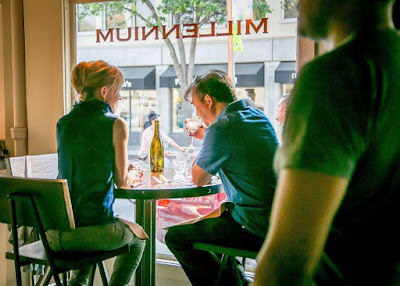 The pool, too, was a bubbly place. While I could barely keep moving for the cold, a bubbly young woman with pig tails and bright eyes stood in the center of the end lane yapping at the lifeguard for 45 minutes. I swear. She just stood there! Talking! She was bubbly. She said this and that too. While I was swimming, I of course couldn’t hear her because of my ear plugs, but the lifeguard was giving her tips about when to swim, when it was least crowded, what circle swimming was, blah blah blah.
She was eating it up.
Her Boyfriend, or friend, or wanna be boyfriend, a scrawny pale dude, stood by her forlornly. He did look cold. 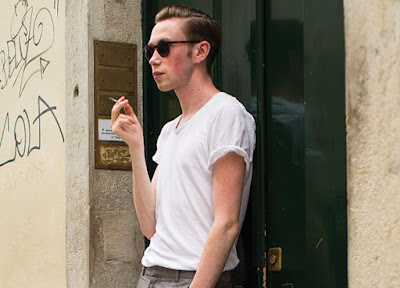 Miss Bubbly, on the other hand, was not.

Does talking a lot keep you warm, I wondered? 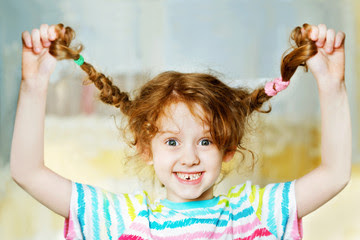 I think it might. Bubbly Sous Chef certainly seemed warm in her round animated nudity. I marveled at how much she could talk about her job, her college days, her interest in learning Vegan cooking.
All in 5 minutes!

DL shook her head as we climbed into Carmine.
“She definitely had the extrovert thing going on,” I said, quoting a favorite line from my friend Mary Anne.
“Yes, that she did,” DL agreed as she turned on the engine.
I sank back into the seat as DL pulled out onto Broadway. Relaxed in our silence for a moment, I sighed.
Thank goodness DL isn’t Bubbly, I thought, as she turned onto grey plusher street and headed toward my car….It is vastly overrated. At least from an Introvert's point of view! 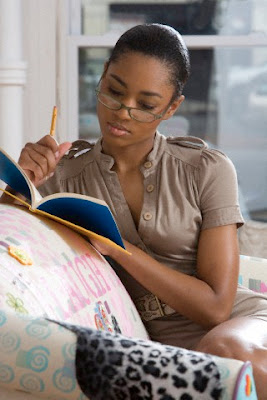