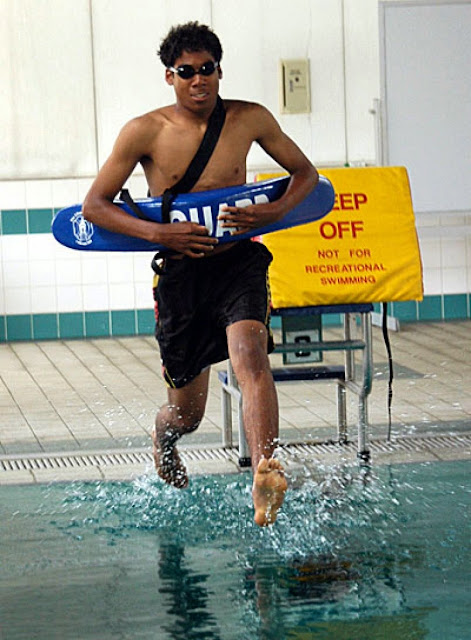 In all my years of swimming, I don’t think I’ve ever actually seen a lifeguard jump into the pool to save someone.
Could that be right?

How long have I been in pools? All my life. Over 50 years. But as I write this, I can’t think of an instance where I actually witnessed a rescue. So, when it happened today, in the mayhem that is the Richmond Plunge of summertime, I couldn’t quite believe it.

The pool was packed. I was swimming in a non-lane in the lap pool. That is the part on the other side of the lane lines that was empty when I arrived, but I was quickly invaded by a large floating shoed couple. They climbed in. He had the requisite bad boy tattoos all over the back of his brown shoulders, big fancy letters spelling out something that was not a word that I knew. She was in her skirt swimsuit. A floatey snake under her ample belly, lolling back and forth in a lackadaisical manner.
I clung to my non lane, hoping that they’d steer clear of me. I was in a mood. The Hilltop Y was closed for who knows what reason. We didn’t even go in, but just headed to the Plunge and stood in the clump of a line as everyone in the neighborhood slowly ambled inside. Little girls in fuchsia bikinis and lime green goggles. Moms texting their teenagers. Dads sighing under the weight of bags filled with towels and other accoutrements.

I stood in the shade, letting Ian wait out the line. He didn’t seem to mind, but who knew? I was in a mood as I said and so I didn’t ask him how he was doing.
Okay, enough of a set up.
I’m in the pool, swimming furiously, still cranky but it was starting to ease out with each lap in spite of shoed couple. I come to the side of the pool to turn and the lifeguard hollers at me.
“What?” I can’t hear him of course. My ear plugs. The din of mayhem: kids screaming, parents laughing, teens shrieking.
He shakes his head at me. Nods to a lane beyond me. I understand that he must be yelling at someone else. There’d be no reason to yell at me. What was I doing except trying to get a swim in?

He’s a lanky Latino. Serious and mad. I see him actually get up out of the chair (something lifeguards so rarely do at the Y), and stride over to the center lane. I don’t think much of it. Just keep swimming. But notice that shoed couple has stopped their lackadaisical progress and are just floating at the side of the pool, staring.
I come to the other side of the pool and then. Oh my god. The Lanky Latino actually jumps into a lane. I stop swimming for a moment, turning toward Tattoo Man. 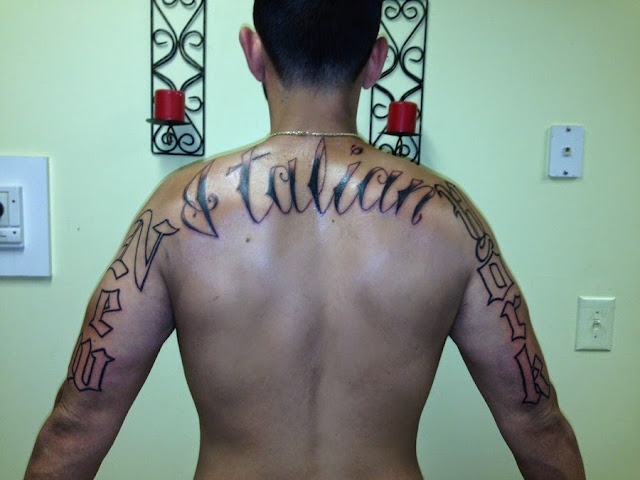 “What happened?”
“He can’t swim,” he nods at the center lane as the Lanky Lifeguard pulls an elderly Asian man out of the pool.
“Seriously?”
“Yeah, I seen him get in. Him and his wife. And she was tryin to help him but he can’t swim. So I tell the lifeguard.”
“Wow!” I float for a moment as Lanky Lifeguard, after pulling the non-swimmer out of the pool, dripping and cranky, is already headed back to his post.
“Is he okay?” I call out to him.
“Yeah, yeah, he’s okay. Just tired.”
“I told you he can’t swim!” Tattoo Man affirms.
“Yeah, thanks for letting me know.”

And I have to think. Would the lifeguard have rescued Elderly Asian Man without Tattoo Man’s promptings?
It goes back to yesterday when I saw Swearing Wheelchair Woman take a stumble in the walking lane. Under she goes, her head caught in the lane line for a moment, before surfacing, blubbering and bobbing. Gloria and another woman are walking in the lane with her and don’t do a thing. I glance over at the lifeguard, who’s busy watching a man and his kid. Another lifeguard, hanging around the office, motions for the lifeguard to come check her out.
He does. She’s fine. But afterwards, I ask Gloria about it. She shrugs. She’s so pissed off at Swearing Wheelchair woman after the Racial Slur incident, that I think she’d let her drown.

Oh isn’t that a horrible thing to say?
But I wonder.
“Did you see Edna get caught today under the lane line?” I ask.
Gloria stares at me for a moment, “Yeah, but I’m staying out of it. That’s the lifeguard’s job.”
I laugh, “Yeah, we’re not medical professionals.”
Yet I have to wonder, don’t we as fellow swimmers owe our aqua brethren the courtesy of at least hailing the lifeguard? Like what happened today at the Plunge.

It was complete mayhem! How can the lifeguards see everything that’s going on?

I have to say that I didn’t help much yesterday at Hilltopia when Edna took a dive. She bugs me so much. What with all her locker room wailing and swearing and her racial slur at Gloria.
Yet she is a human being. And she is a fellow swimmer. Doesn’t she deserve some modicum of aqua empathy?
Yes. And so I vow to be a bit more proactive in the pool. 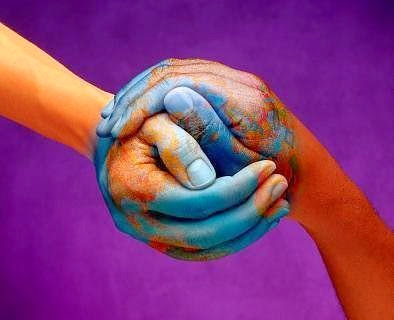 Instead of just being my own cranky moody self all the time.
I will assist when possible.
As long as it doesn’t involve any mouth to mouth resuscitation.
Well, unless the rususitee is cute. 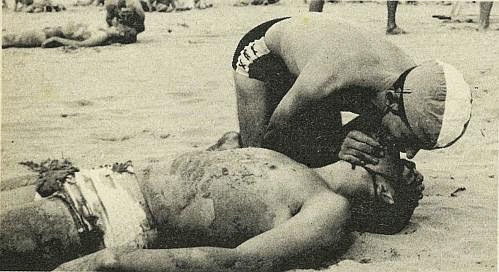 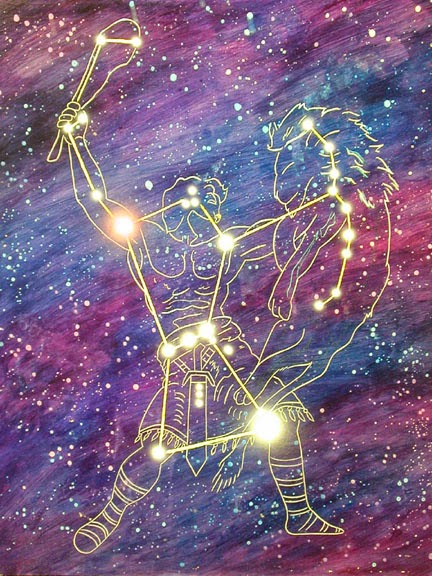 “Question.”
DL giggles as we take our seats in Utopia.
“What’s so funny?” Sandy asks from her usual supine position on the top shelf of the sauna.
“Oh, nothing,” DL murmurs. “It was just cute how you asked us that right away.”
“Well, I know that Time is of the Essence,” Sandy replies, not looking at the clock.
I grin, thinking to myself how Sandy’s Tour Guide Persona is probably never far from the surface. Time is part of this, I’m sure, but also is the asking and answering of questions.

“Who was Orion?” she asks now. “Was he part of a Greek or Roman myth?”
“Greek, I think,” DL answers. Of course she knows. I’m terrible at the Myths. Always have been. Not sure why. It seems like, being a literary type, that the Myths would be part of my unconscious literary being at least.
But they’re not. So I was glad DL knew who Orion was. Poets are so smart about such things.

“And I also think he was the Archer?” DL continues, making a Bow and Arrow motion to demonstrate.
“Ah, very good,” Sandy nods. “The reason I ask is that my Sweetie’s stepson just had a child and they named him Orion Eugene Constantine. That’s quite a moniker, isn’t it?”

DL and I both laugh. “Yes, it is,” I exclaim.
“The middle name is the father’s first name passed on to the next generation. That’s how he got Eugene. But Orion, I’m not sure how they came up with that. Maybe it’s a constellation that’s in the sky right now?”

“I dunno,” I answer, shaking my head. “I’m terrible at the stars.”
Another woman lying face down on the shelf next to me shakes with silent giggles. I hadn’t even noticed her till this moment since I was so caught up in Orion and his origins.

“My name,” Sandy continues, “was Lorraine Marie. And I was never a Lorraine Marie!” She snorts as we all giggle. “And so at great expense to the family at the time, a family that did not have much money mind you, they changed my name to Sandy and so I only use Lorraine Marie when I’m incognito.”

“Names are so interesting,” I say. “When I used to teach up at Merritt College, I’d have my students do a What does my name mean? writing after reading Sandra Cisneros’ House on Mango Street. Esperanza, Cisneros' feisty protagonist, hated her name and wanted to be called ZZ the X or something snazzy like that.” 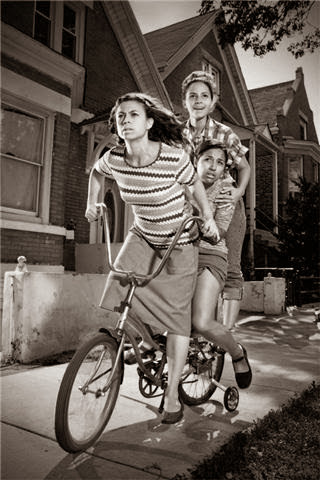 “Yes, well, my name was also a family name. Larraine for my grandmother and Frances for my grandfather.”

“My middle name is my grandfather’s name!” I contribute.
“That so? And what is it?”
“Leslie.”
Sandy pauses for a moment, “Leslie, yes, that can be a man’s name. And you, DL, what’s your middle name?”
“Michelle.”
“Michelle. Very nice.”

I space out for a moment, remembering how DL and I had gone to get our passports a couple of years back and they spelled Michelle wrong on her passport with one l instead of two or two instead of one—I can’t remember which, but I do remember what a big headache this was. The spelling of the name.

I spell Orion with two r’s. This is wrong. Later I go to look him up in Grave’s Greek Myths. He’s got quite a story. He’s falls for some maiden, Merope, daughter of Dionysus’s son Oenopion. Oneopion promises Orion that he can marry Merope if Orion slays a bunch of wild beasts, but when Orion does this, Oneopion keeps Merope for himself cuz he’s in love with his own daughter. They love incest in the Myths. And then Orion is blinded. And then he’s in the sky with his bow and arrow. And well, it goes on and on.

What does all of this have to do with swimming?
Well, Orion is the son of Poseidon. And wasn’t Poseidon the king of the sea? So….
Okay that’s a stretch and this blog is too long already.
But….DL’s name is the best: Denise is from the God Dionysus, the creator of wine and pleasure. And Leto is a Greek Goddess, mother of Apollo and Artemis. 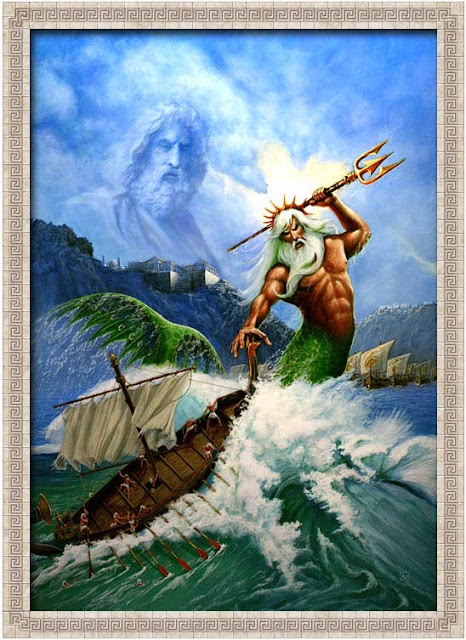 DL knew all this in a text later.
See, quite a moniker too.
And Carol is a Christmas song and Jameson is an Irish whisky.
Another moniker worth noting.
If you’re in the mood for song and drink. 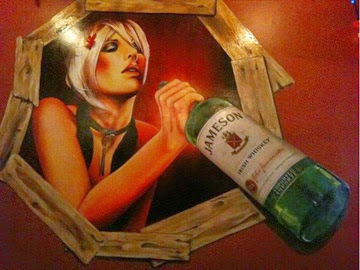 But that's an entirely Other Question, isn't it? Nothing to do with Orion, or middle names, or swimming.

DL stumbles out of Utopia, Sandy rises and saunters out. I exit after her, leaving the silent giggling woman alone in the Sauna.

Wonder what her name is? I pause for a moment, poised to ask. But then think better of it.

Sometimes a little mystery is a good thing. Esp. when it comes to a name....