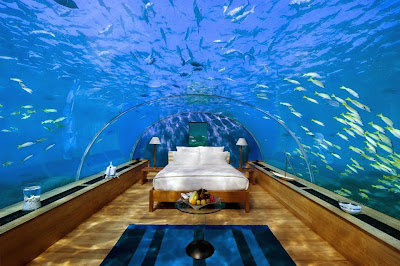 “You know! I don’t live here!” Sandy harrumphs as she saunters, naked, back to her locker. The entire room erupts.

“I feel like I should get my money back if you’re not here,” L whines.
“You coulda fooled us!” P cries, giggling as she pulls her pink top over her damp self.
“I seen you the other day and I wanted to stop and talk with you, but then you disappeared!” 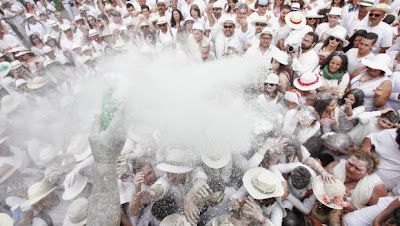 Earlier, L, the Writer of Oakland, had mused about how she needs to let more of those ‘in jokes’ out. She needs to widen her circle. “People keep dying,” she murmurs, smiling mysteriously as she sinks into the jet of Aquatopia.
DL nods.

P swallows hard. Damn. How can L be so blasé about it? Or is she? It’s hard to tell. There’s a mysterious serenity about her that is so attractive and yet…..there’s also this subtle wall that envelops her. P knows that part of this is simply because P doesn’t know her well, and isn’t this always the case with attractive people that you want to know? Yet, she realizes that what L is saying is true. If we don’t tell our ‘in jokes’ to others, if we don’t tell our stories, then these tidbits of narrative will just float away into the ether. And that would be such a shame.

P tries to write down as much as she can. She’s always wondered why she has this compulsion. It’s not like anyone is paying her. But yet, there’s this need, this almost visceral ache, to ‘get it down’.

“P, you must see my shoes!” L commands later, as they’re all rushing to get dressed. She stands up, readying to leave, turning her lovely leg to just the right angle to show off her latest footwear. “You will crack up. And you know, I live to make you laugh.” 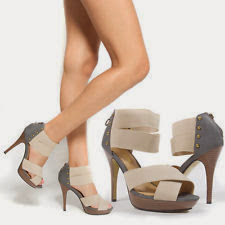 Delighted by this life’s purpose, P ventures over to admire L’s Snazzy High Heel Sandals. “Wow! You can stand in those?”
“Oh, sure. These are nothing. Just like an Ace Bandage,” she chuckles.
“So, your ankles are supported like an Ace Bandage?”
“Yup. Just like.” And again that mysterious smile.
P laughs.

P glances over at Sandy who’s laughing softly to herself, shaking her head.
DL giggles as they gather up all their stuff. “Nite Sandy,” P calls out. “Have a great swim on Easter Sunday! (Earlier they’d chatted about how the YMCA was closed on Easter—“Well, yes, it is, after all, the Young Men’s CHRISTIAN Association” Sandy had pointed out to P. Duh!) 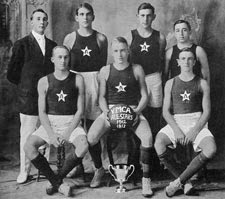 “That I will,” Sandy calls back, still packing up her bag.
“Where’d L go?” DL asks as they make their way out of the facility. There’s a longing in her voice. Abandonment? Surprise?

“I guess she already left,” P answers. “Too bad. I wanted one last gander at those shoes! They’re a crack up!”
DL laughs softly. She’s in love. Easy to fall in at the Downtown Oakland YMCA. 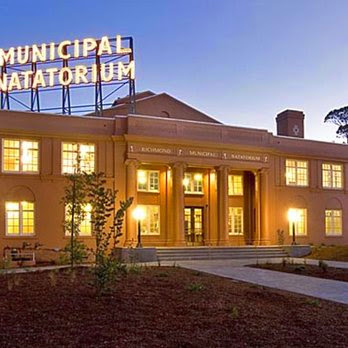 On the other hand, public life is alive and too well in the city of Richmond. Compared to Santa Cruz, the pool here is spilling out onto the streets. Literally.
“Mommy! Mommy! They’re letting 4 more people in!” 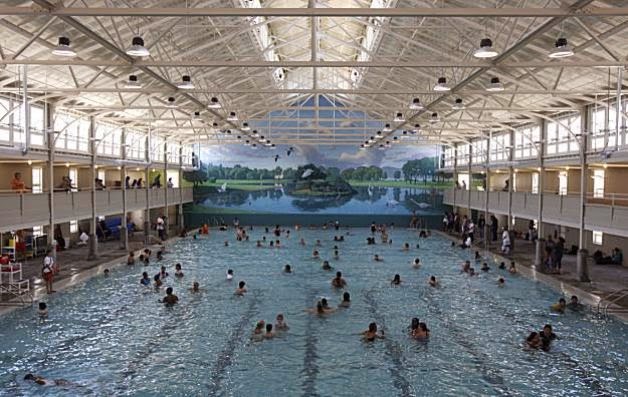 “What’s going on?” I ask Ian, taking another bite out of my Cliff bar. “It’s utter mayhem here today.”
He shrugs. “They’ve got a waiting list going on.”
“Seriously?!”

On the one hand, this is so great. The community uses the pool and thus, hopefully, it won’t be on the chopping blocks when the City Budget comes up again. Richmond is a city known for its high crime rate, high poverty rate, and poor school system. Yet when it comes to the pool, it seems that all this tragedy is left out on the street. The Plunge is brimming with exuberant energy---were these the same kids that sold drugs on street corners? 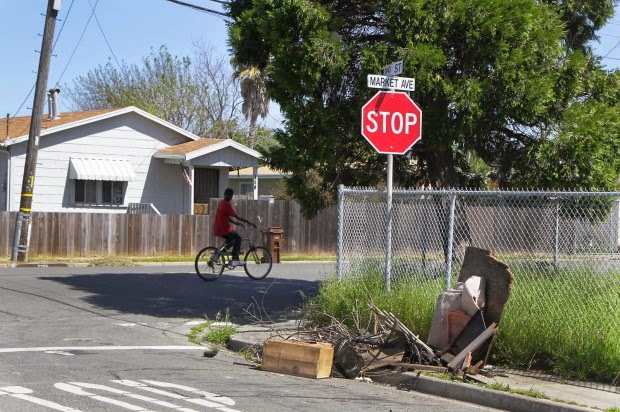 I had a feeling not, but then, who knew? The pool was a place, perhaps, where the tragedies of Richmond could be set aside for an afternoon.

Which is a good thing, right? Yet, today, when I run into Francine at the Richmond Y (yet another thriving Richmond establishment), she was anything but enthusiastic about the Plunge. “Oh!” she shakes her head, the French accent stronger in her dismay. “Yesterday, I go to the Plunge and it was a Zoo! They had a waiting list. It was insane!”

“Yes, I heard,” I nod sympathetically. “I spoke with a woman in the locker room and she said that it was the end of spring break. That all the families were taking advantage of the last Sunday of their vacation.”
“Maybe….” Francine sighs loudly, as we let a sullen woman pass between us. “I am on the waiting list. And they cannot tell me how long it will be. 20 minutes? Okay I can wait. But 30 minutes? An hour? No it is not possible. I come back here and it is empty!”
“Really?” I shake my head in wonder. “What about the Special Olympics? They said they were gonna be taking up the pool on Sunday mornings for 3 hours.”

“I don’t know,” she muses. “All I know it that The Plunge. I will not go again on a Sunday afternoon. Though this Sunday, it is Easter. Remember we go there last year?”
I pause, thinking. “Oh, yes, that’s right. We did. Will you go again this weekend?” 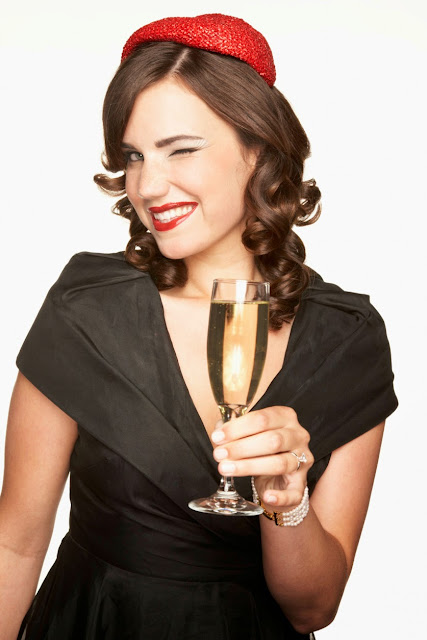 She sighs again, the French accent echoing through the locker room air. “I do not know…..I will see. I will call and see when they open.”
I tell her how it’s 1 pm now. How Ian and I had gotten there right at 1 and so hadn’t had to sign up on the waiting list. She notes that the Plunge used to be open at 11. Maybe this is the reason for the mayhem? Two fewer hours to pile all the Richmond swimmers in.

Sullen Woman sulks by us again. “There is nothing that we can do,” Francine stares pointedly at her receding back, then shakes her head her head, resigned. “People like that, It will come back to them.”
I laugh, “I have a story about her.” But it’s too gross and I’m too tired to tell it I think to myself.
Francine eyes me speculatively. Then grins. “I will see you Sunday.”
“Yes, Sunday.” 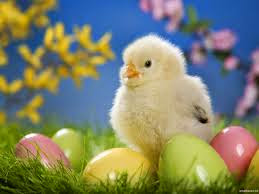 For what better way to spend Easter than to participate in the Public life of the Richmond Plunge? Esp. if it's in the company of an opinionated French woman.
Oh la la! 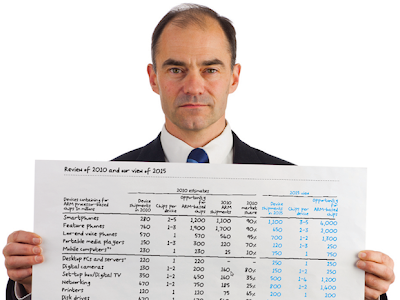 “That sort of decision is way above my pay grade.”

Santa Cruz Park and Rec Man sits musing in his mini truck in front of the closed doors of Harvey West Pool. He’d been telling us about how the pool was only open now in the summer. How a private company had taken it over from Parks and Rec when 30 workers had been laid off in 2009. If it were up to him, he’d have the pool up and running all year around like it used to. But it wasn’t up to him. Hence the pay grade remark. 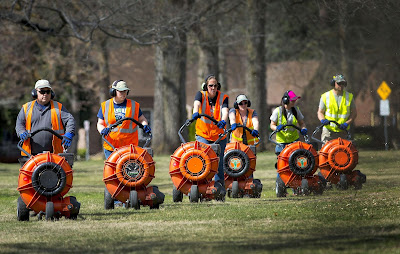 I nod. It’s all about the pay grade isn’t it? If you’ve the power, you’re paid the grade. And if you don’t? Well, you end up like Rec Man, musing in front of the closed pool doors, wistfully wishin' for days gone by when Harvey West Pool was a thriving year around pool.
I’d called first, of course, before Ian and I headed over to the park. The recording said the pool was open from 11-2:30, M-Thurs, but I was dubious. The recording was dated Summer 2013. I didn’t have a good feeling about it, but then I thought, well, it’s Santa Cruz. Maybe no one changed the recording from a year ago.

And when we’d pulled up to the park, a beautiful spring day full of green lawns, blossoming trees, and jr. high school kids on a field trip, I was excited. The pool! Harvey West! I couldn’t wait to dive in. The front doors were locked. No one around. There was a sign saying to enter the pool from the back, so I tromped around the chain link fence, bothered a guy reading Clive Cussler. “Excuse me, do you know anything about the pool? Is it open now or not till the summer?”
He’d eyed me suspiciously. Clive was more important than my pool question, yet he tried to answer me nevertheless. Maybe so I’d leave him alone. Telling me that “I’m not sure, but I think it’s only open in the summer.”

Incredulously, I had exclaimed, “But I know I used to swim here year around!”
“You could try to ask over at the little kids’ pool,” he offered, lying to me. “There’s usually someone over there giving swim lessons. Maybe they can help you.”
I glanced across the fenced in pools. There was no one over there, but I dutifully left him to Clive and tromped over there to an exercise in Futility. 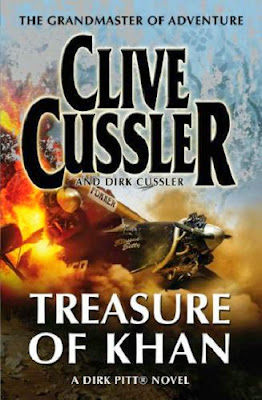 A sporty girl strode by. “Excuse me, do you know anything about the pool being open?” I asked her.
She grinned, “Nope.”
“Are you a swimmer?”
“Nope.”
“A runner?” I ventured.
“Hey! Yeah! How’d you know?”
“You’ve that athletic way about you!”
“I like your red glasses,” she exclaimed as she trotted past me. I noticed she had red sunglasses on too. “I like yours too!” 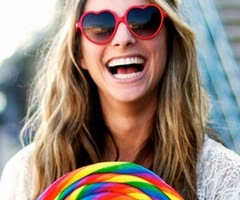 But no info on the pool.

And so, back to Ian talking to Rec Man and the woes of low pay grade status. “Yeah, they got rid of the diving board. They have swim lessons in the summer, but it’s not the same as it used to be. I’d love it if it got back to that. I love working at the pool.”
He shook his head sadly for a bygone pool era.

I too hankered for times gone by. Those days where Owen Hill would meet me and Sue Marsh after our swim; we’d stroll down the grassy hill, joking and laughing. Go back to the duplex. Make some nachos and watch Star Trek as the Fruit Factory lumbered crashingly on. 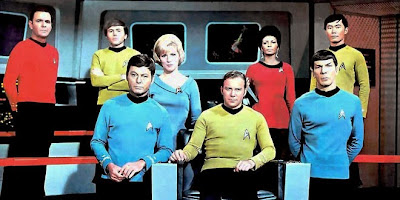 Harvey West Pool wasn’t what it used to be. At least not now.

But you never know. The economy could bounce back. Pools could be given more funding. The Santa Cruz Parks and Rec would thrive and Rec Man could once again bask in Pool Employment Glory.

“I could just hop the fence!” I grin over at Rec Man, who glances at me nervously now.
“I’m not gonna go there,” he replies, pulling his hat over his eyes.
I laugh. “Just kidding.”
He nods, takes off, the little cart put put putting away down the hill.

If you can’t swim, there’s always ice cream. Mexican Chocolate. Or Peanut Butter Honey. Or Bear Paws.
Yes, a couple of Bear Paws would fill the void of a thwarted swim. At least for now.