It’s summer at the YMCA and every day is a battle. In the pool. In the locker room. P must be strategic if she hopes to win a lane. A hairdryer. A little piece of her sanity. 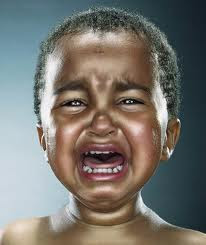 “You know,” Janet sidles over to the sink where P attempts to yank a chlorine saturated tangle out, “I was at the pool yesterday, and all the kids had just come in, and the lifeguard was there and I said to him, “Oh the sweet sound of children!” She giggles softly as the baby sitting on the locker room floor lets out another uncensored wail. Mom is busy with big brother and Little Bro is having none of it.

“WHHHHAAAAAA!!!!!” he shrieks as if someone has murdered his puppy in cold blood on the floor directly in front of him.

Janet has moved back over to the sink, drying her hands after a wash, when the giggles start to tumble out. P can’t help but join in. They laugh and laugh and laugh. 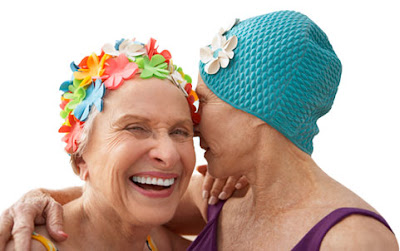 Wailer Baby stops for a moment. Stunned? Distracted? He stares at the two women, his big brown eyes moist with tears, before opening his mighty mouth wide to the ceiling, letting forth another impressive scream.

Janet starts laughing again, matching his volume with her mirth. P can’t stop the giggles, wishing she’d had this strategy of Warrior Mirth earlier when the Newbie Lifeguard had started letting kids and more kids into the lap lanes.

The back story for this battle began with a swim team from a closed pool somewhere in Pinole. These kids were taking up two lanes in what is usually a quiet time at the Y, Sunday late mornings, 11:30 or so. P had spoken to the Newbie Guard about the swim team. His response had been cool and detached, explaining the situation and how these kids were “Pretty serious and not too noisy. You can pick a lane and swim. No problem.” 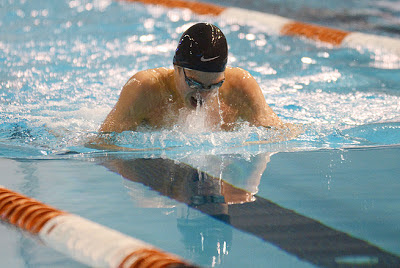 P had sighed. Loudly Part of the battle each summer was training the New Lifeguards. Why it was her job, she’d never know. But it was.

Yet today, she could tell This One wasn’t worth her Training Time and so she’d just muttered about how cranky it was. To have the lanes taken up with a swim team. Not to mention it made her feel all of her 55 years swimming next to 11 year olds who could swim the breaststroke faster than her freestyle with fins.

But back to the families. And the ongoing battles with aforementioned children. P is somewhat prepared for Children Mayhem Eventuality as the schedule had said it was “Family Lap Swim” from 12-2. Whatever the hell that meant.

First it was a dad and his son. They were so fine. The dad coaching Jr. on his stroke; the kid serious in his attempts to traverse the lane.

This is what Family Lap Swim is all about right?
Wrong.

Next, enter Mom with Hello Kitty daughters. They all clamor into the lane next to P. No laps here. Not even an attempt. There is some maneuvering of a kickboard. Baby Hello Kitty climbs up on deck with the board bigger than her, slamming it down into the water, hitting big sister on the noggin. Crying and laughter ensues.
But not laps. 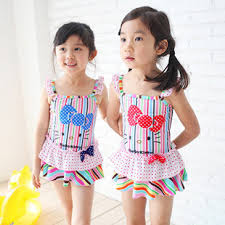 P had kept swimming. After all, what can she do? They are a ‘family’ she supposes, but where the lap swimming is seems of little interest if it is even in their vocabulary.


Then the mom with the 3 teenage daughters. The daughters jump in, giggling and flailing. Again, no lap swimming, though the 11 year olds in the swim team are making valiant attempts to continue their workout in spite of the girls flagrant disregard for their lane squatters rights.

P had glanced up at Newbie Guard, who sat, oh so predictably, like a bump on a log, atop his white lifeguard highchair throne. He doesn’t glance in her direction. He doesn’t glance at the end lane now rife with mayhem and no lap swimming whatsoever.

In strides another lifeguard. This one knows the ropes, or at least P had thought so till she saw, to her horror, his motions to his compatriot to undo the lane line and thus give free rein to the Mayhem.

He stops the process of lane attrition and rises from his squatting position on the deck, wipes his hands on his red trunks, and lumbers over to the posted schedule on the bulletin board. Stands for a moment, finger scanning down the column of blocked times for Sunday. Ambles back to where P waits, righteous in her Lap Swimming Indignation.

“You’re right,” he sighs, kneeling to screw the lane back into this solid lap swimming position. “It is Family Lap Swim. Whatever that means,” he shakes his head.
“Seems like they should be swimming laps during it,” P offers, trying not to smirk, but sometimes when a battle is won, the smirk is hard to control.
“Yeah, I’d have to agree. They should be swimming up and down and up and down.” He motions one long arm back and forth to demonstrate.
“Not much of that going on over there,” P nods to the frolicking screaming kids in the end lane.
“No,” he agrees.
“Guess you need to clarify that with your boss,” she adds, just because.
“Oh, I will,” he says, “believe me, that’s the first thing I’m going to bring up at the meeting this week.” 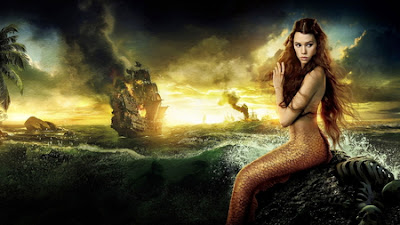 P takes off down her lane, this battle won. For now. Wishes she could attend the meeting. Not as a participant, but as a Mighty Mermaid Warrior. Strong in her Win. Minor and half hazard as it was.

For after all, it wasn’t like the Mayhem Lane had been told to swim laps or get out.

Back in the locker room, swimsuit on now and ready for his role to add to the Mayhem, the baby wails one last time as Mom scoops him up off the floor.

Janet gives P a knowing look and a final big grin, before taking off.

P smiles to herself as she heads to her locker to collect her stuff. Warrior Mermaid triumphs in small ways today.


But such triumphs must be taken and appreciated. Exhausting as it was to have each day a battle, she knew she had no choice.

It was Summer. It was the YMCA. And Warrior Mermaid was ready to fight.

“You didn’t make it to the pool,” P comments when Admiration Woman approaches.

“No, I did not,” AW shakes her head, makes a dramatic pool deprivation sad face. “I go to the Zumba class with my friend.” 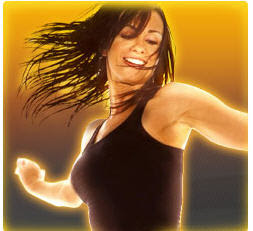 P had actually seen AW zumbaing. She had what it took. The sways. The rhythms. The Hot Pink and Orange Skin tights Zumba pants.

“That musta been fun,” P nods now, glancing over at DL who’s surveying the exchange from behind dark glasses. P likes the dark glasses, esp. in the Y locker room. It’s cool and Italian Mobstress. 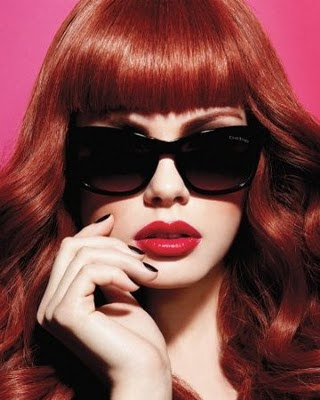 Now AW shakes her head, the pretty dangly earrings sparkling in her delicate earlobe. “It was okay,” she shrugs. “I mean, I went because my friend or…..” She pauses for a moment, thinking, “Yes, she’s my friend, she wanted me to go, but I think the pool is better.”
“The pool is always better!” P jokes and they all laugh, the giggles echoing in the now empty locker-room.

“You were in the Zumba Zone,” DL dubs it. 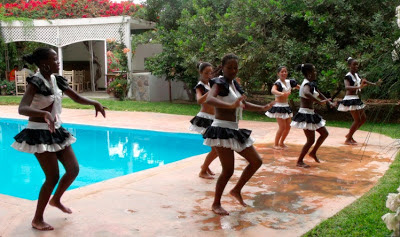 “Exactly! You are right!” AW jumps on this. “I was in the Zumba Zone!” Her eyes sparkle as she leans in to exclaim. P glances over at DL who is sitting on one of the benches, her eyes doing hell knows what behind the dark glasses.

“ATTENTION MEMBERS AND GUESTS. THE YMCA WILL BE CLOSING IN 5 MINUTES! THE Y….”

“Sounds like they wanna get outta here,” P hates to be rushed, esp. when she’s in the middle of collecting a story from AW, but what can she do? The Intercom Edict makes her too nervous to buck its mandate.

DL gathers up her stuff as AW ambles calmly over to her locker, her hips gently swaying to a Zumba Zone Tune?

P thinks she’s imagining this, but it’s a nice image as she follows DL out of the locker-room and up the stairs.

DL finally removes her shades, “You mean the one where she’s too close to you and her eyes bulge out, the pupils dilate to the color of big black olives and sparks fly out from her irises?”

DL moves close to P, makes her eyes pop at her, using her index finger to dramatize the Crazy Eye. 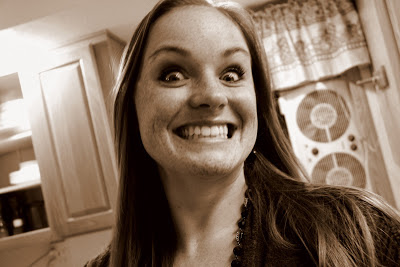 “That’s it!” P cracks up, marveling once more at the Poet’s Ability to get right to the heart of the matter in these few choice words and actions. 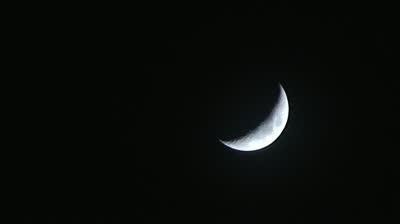