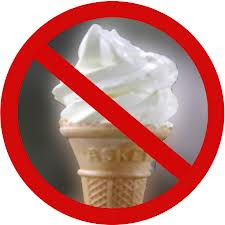 “So, you doing anything special for Easter?” P asks to break the Utopian Ice.
Sandy snorts, then sighs shaking her head. “No, not really. G is giving up ice cream for Lent, but other than that.....”

“Ice cream!” P exclaims. Talk about sacrifice! She could never give up ice cream. It was right up there with swimming of the things she could not live without.

“I know, I know,” Sandy laughs softly. “I feel the same way you do. I usually try to support him by giving up the same thing too. Last year it was meat and I didn’t have a problem with that. But ice cream?” Sandy shakes her head, “I have to say he’s pretty good about it. He lets me eat it in front of him and such.” 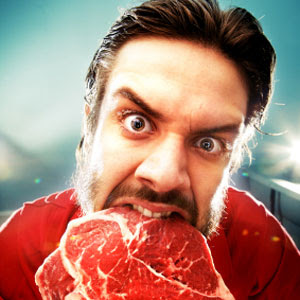 “I would hope so!” P cries, thinking to herself how if he wanted to give up the most delicious food substance known to mankind that was his business. Sandy could be a supportive partner and all, but really. There were limits!

“I do try to just eat it on the weekends though,” Sandy continues, “so I’m not flaunting it in his face daily!” She chuckles, the mirth bouncing off the walls of Utopia.

P has missed this. She’d already had the “Long time no see” exchange with Sandy before heading to the pool. “Hope it’s not too crowded, see you in Utopia as you call it,” Sandy had fallen right back into the old patterns. Not asked P why she’d been gone and so P hadn’t volunteered the reason.

“You celebrate Lent, don’t you D?” P asks now in Utopia, noting how DL had been more than unusually quiet during the Lent Sacrifice discussion.

“I used to....” DL murmurs, her voice quavering ever so slightly. Immediately P knows. Easter must have been a big deal for DL’s mother, Martha Ann. Italians love the Resurrection, don’t they?

And now, with Martha’s passing so fresh, DL must be missing her so much. This is why P and DL have been out of the Utopia Loop the last few months. It was just too much for DL to venture out into the world after her mother passed.

P can’t imagine. Losing her mother. It would be devastating on so many levels. And with DL, there were these days, these rituals around holidays that all families have, but with DL, well, they were Grand Events. Now, this year, it will be so sad to have Easter, which had been filled with tradition and ritual and the spiritual without Martha to lead the celebration. 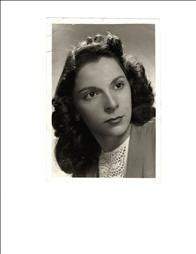 P doesn’t mention any of this while chatting with Sandy in Utopia. Though she suspects that Sandy knows something major has happened with DL. But being Sandy, she has way too much decorum and class to ask.

Now, DL rises and quietly floats out of Utopia, followed by Sandy’s nod and P’s usual comment about how it’s too hot in here for her.

Sandy doesn’t miss a beat but continues the ice cream narrative thread as soon as DL shuts the door: “I have this friend, she loves ice cream, and I remember one time I went over to her house and she offered me some. I asked her what kind and she opened her freezer and showed me 14, I swear, 14 different kinds of Hagen Dazs ice cream, all lined up in alphabetical order.” 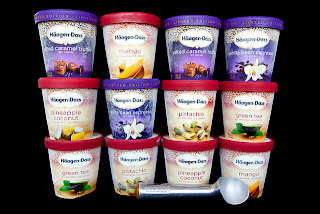 “You’re kidding!” P grins. 14 pints of Hagen Dazs. What a vision!
“Nope, I kid you not. She only ate a little bit at a time. Just took a couple of spoonfuls. She liked to have a choice. Can’t knock her for that.”

P nods—choice. She gets this intellectually. That some people want variety. They want many opportunities to choose from. Not P. She just wants chocolate and vanilla. Preferably in one container. What the hell ever happened to Hagen Dazs Vanilla Fudge? That was her favorite. She misses it so.

“I’m completely addicted to Klondike bars now,” P offers to Sandy.
“I’ve not had one of those in decades,” Sandy muses.
“I know. They’re from a gone by era, but I can still pick them up right in my own freezer.”
Sandy laughs, “You have a Happy Easter.”
“You too,” P responds. “Eat some Ice Cream Eggs.”
Sandy grins, giving P a last look before heading out to the showers, “Good to see you again,” she says softly.
“Yes, you too,” P answers. 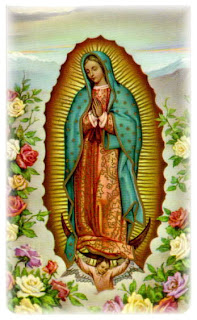 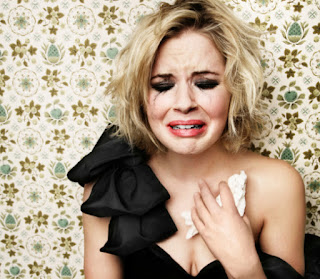 “Oh! I am so sorry.... I did not mean to any harm! Please forgive me!” Gushing Woman’s near sobs take P by surprise. What the hell was she so strung out about? And what the hell did it have to do with P? Deciding to just let it play out, P climbs up to the top corner of Hilltopia, cold and exhausted from her swim. She just wants to rest. She doesn’t have the energy for a Sob Fest.

But there is the Story Factor..... 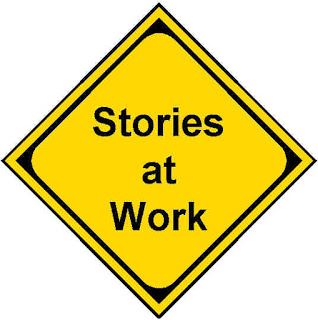 Gushing Woman sniffles loudly, wipes her eyes, stares at P with longing. “I have no idea that what she said it is true. But now I know and can you ever forgive me?”
Okay, P thinks, guess she’ll have to bite, “Forgive you for what?” 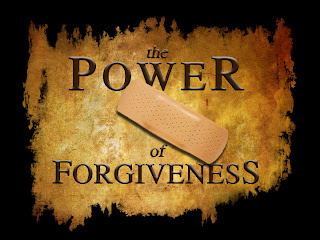 “Oh the lifeguard, she say that me and my son we can not swims in the lane next to you. The lifeguard she say that we must swim in the other side of the pool.” She sniffles again, dramatically.

P had noticed GW and her kid in the lap lanes during her swim, but hadn’t really paid much attention since it had been a quiet night. They were mostly hanging out at the wall, laughing and playing. Granted they weren’t swimming laps, but P knows that this activity is rarely enforced in the lap swimming only designated lanes. So she was mystified why GW was apologizing to her. She hadn’t complained (like she usually did when the lap lanes were being utilized by non lap swimmers.)

Maybe the lifeguard had said that P had complained? But this didn’t make sense, or did it? Who knows? The main issue at the moment was how to calm GW down so that P could relax for a few moments and get warm without having to listen to her pitiful sniffling.

So she lied. Pretending that she had complained. That she did care. 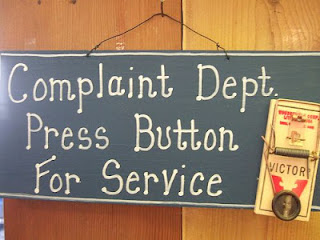 “Oh, that’s okay,” P soothes. “It was a quiet night and there weren’t a lot of lap swimmers, so I don’t think it’s a big deal, you know?”
GW forced a teary smile, “You forgive me?”

“Sure, of course,” P sighs to herself, still wondering why it was her job to forgive her. “Don’t worry about it.”
“Oh, thank you thank you thank you!” GW gushed, relief palpable in the dark hot room. “I admire you so much! I told this man I saw he was swimming here the other day how much I admire you he had been swimming since 1967 and he looked like he was in his 50’s though he must be in his 60 or maybe even 70 and then I told him about you and how you got me to swim again I have not gone swimming for such a long time but now because of you I try to swim 2 time a week.”

“Really?” P is still perplexed about her role as Inspiration Swimmer. But maybe this happens all the time and she doesn’t hear about it? 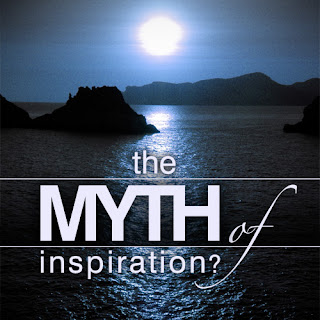 Nice to think so, but hardly likely. What’s more likely is that GW is just insane and has honed in on P as a target for her Swimming Insanity Inspiration Situation.
Just her luck.
“I used to swim when I was younger,” GW continues, all evidence of her earlier tears completely vanished.
“That’s great,” P comments. And really it is but she was so tired and just wanted to rest without any inane conversation for once.

“Yes. I swim on the swim team and then I stop. I had my kid and then I did not have the time but now with you I swim again!” She beamed.

P had noticed, that contrary to her expectations, GW really could swim. Her bikini halter-top suit notwithstanding, GW had a lovely strong freestyle and a graceful underwater breaststroke.
“Glad to hear it,” P encourages, in spite of her instinct to avoid any sort of Swimmer Mentorship Role.

“HENRY!!! HENRY!!!” GW suddenly hollers, rising quickly from her corner and rushing out the door. “What you doing in here!? I told you to stay in the pool until I come to get you!”
P watches as Henry races by the sauna, giggling loudly, his wet white feet slapping dangerously on the locker room tiles.

“Is that your kid?” Another woman yells.
“Yes,” GW answers, racing after Henry.
“You better watch him. He’s gonna hurt himself running like that.”
“I know I know. Thank you I am sorry..... I know how he does. He not bothering you.”
P sighs. In fact Henry was a Big Bother. In the pool, not so much, but in the women’s locker room, his loud staring antics riled all the women. 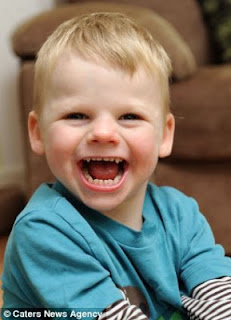 P doesn’t want to get involved tonight for a number of reasons. She’s tired. She’s hungry. She’s feels a certain loyalty now to GW even though normally P would be the first to complain about a boy child this big in the women’s locker room.

So tonight, she just shrugs and heads for the showers as the sounds of GW’s futile mothering admonishments ring through the air.
“HENRY! I told you! Stop that. The lady she does not like that when you do that....”