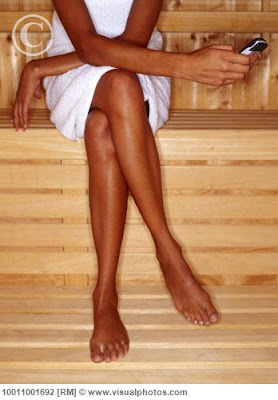 “Is there a cell phone in here?”

Her indignant stridency rang out into the sauna at Hilltopia after hearing the tell-tale sing song tone.

Of course there was a cell phone in the sauna. Isn’t there always? Amazon African American Woman had sauntered in moments before, plugged in, and settled down to some serious cell phone rap. PP hadn’t said anything. Why bother?

Plus she was blissfully tired from her long Saturday swim. She just wanted to rest and let the heat do its magic. Now there was gonna be a cell phone confrontation.
Oh, goody!

Cell Phone Police Woman was sitting up now, her pale white breasts sagging, her wrinkled belly slack. But her voice.

Nothing slack about that.

“Ummm....” Amazon murmured, gently rocking to her Cell Tunes.
“Cell phones are NOT allowed in here.”
Amazon unplugs one ear, eyes her interrogator lazily. “I been comin' here 9 years and ain’t nobody ever tol' me I can’t.”
“Well, it’s not okay. There are naked women here.”
PP’s making herself as small as possible in the dark corner next to Amazon Woman. Police Woman is on the bottom deck, facing Amazon Woman now, indignation filling the air.

Amazon doesn’t answer, but starts to put the ear plug back in.
“I’m going to call upstairs if you don’t get rid of the cell phone.”
“You go right ahead.”

PP can’t believe it. Why not just put the cell phone away? Police Woman is right. No cell phones are allowed in the sauna.
But that is exactly why she probably didn’t. Amazon Woman is a Rule Breaker. You could tell.
PP kinda likes this, but then again, kinda doesn't, hater of cell phones that she is. But the naked women part intrigues her as Police Woman rises and stalks out of the sauna to make the call.
Amazon Woman turns to PP, genuinely mystified? “You hear my music?” she asks.
PP nods. “Yeah, a little,” she answers.
“Yeah, okay, I can understand how that might be a annoying.” 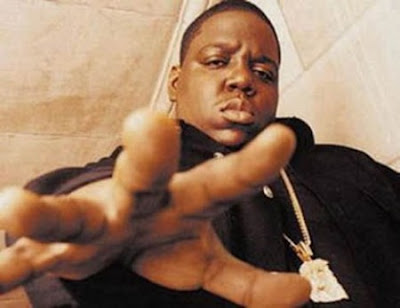 “But she seemed more concerned about our being naked. Like you were gonna take pictures or something?”
Amazon doesn’t respond. Frankly PP doesn’t think she looks like the Naked Woman Camera Predator type, but guess you never know.

PP starts to gather up her stuff. Part of her wants to stay and see what happens next, but another part of her is just too tired and hungry to care.
“They’ll be right down,” Police Woman announces as she re-enters the sauna.
“You can hear my music, is that the problem?” Amazon asks politely.
“It is NOT okay to have cell phones where naked women are!” Police Woman is seething at the imbecility of it all. “You could take pictures. And then upload them on to the Internet for everyone to see!”
Amazon woman nods slowly. “Okay, yeah, I can see your concern.”
Then she plugs back in the earplug and starts to sway to her music. 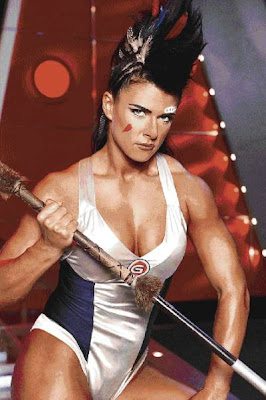 PP decides that maybe she better get out before a Real Fight ensues. Not that she thinks this will happen, really.
Or could it?

Neither woman appears to want to back down. Confrontation was buzzing in the heated darkness.

PP leaves. The Internet Naked Woman Sauna Camera Possibility intrigues her. She's never heard of this. Not that it isn't possible, but it did seem just a bit far-fetched that Amazon Woman would be out to take Police Woman's naked picture and post it all of the the Internet.

On her way out, PP almost runs head into the Shy Latina who runs the front desk.
“You lookin' for the Cell Phone Culprit?”
Shy Latina stares at PP like she’s never heard anything about it, even though it seems obvious that this was her task at hand.
PP points toward the sauna. “In there. Have fun.”
Shy Latina doesn’t smile, and why should she? She’s on her way into a nasty situation.

PP heads for the toilet, but inside the stall, stands for a moment waiting to hear if anyone starts yelling.
Shy Latina comes back out after only about 10 seconds.
PP thinks it’s over and takes a seat.

“Hello! Yes! The woman on the Cell Phone is still in the sauna!” PP hears the anger and frustration ooze from the phone and under the stall. “It is NOT okay!” she repeats.

And PP agrees. It’s not okay to have a cell phone in the sauna. And it’s not okay to ignore the Shy Latina’s admonishment if in fact that is what happened.

Obviously, Shy Latina wasn’t authoritative enough to get the job done.
What would happen next?

PP wasn’t waiting around to find out as she headed to the shower to escape the ensuing battle.

One thing she could be sure of. There probably won't be any Cell Phones in the shower!
at March 17, 2012 No comments: