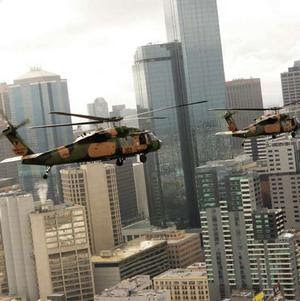 “I was trying to avoid talking to a certain someone who shall remain nameless, but earlier today, she asked me ‘What was going on up there’ in reference to the helicopters overhead.”

“What did you tell her?” PP asks, not being able to help herself from questions even though she knows the possible consequences.
“I try not to have much truck with her, like I said, so I didn’t say anything, just beat a hasty retreat. You remember, Dexter?”
“I think so.” PP nods, pretending she knows who she’s talking about.
“Big handsome African American kid who worked the front desk?”
“Oh, yes,” PP lies.

“Well, one day, This Woman Who Shall Remain Nameless, she wants to go workout, and she has this kid too, 'bout 7 or 8, and she brings said kid up to the machines and puts him on a treadmill and Dexter sees this and says, 'Whoa Nelly, no way Jose. You can’t have the kid up here on the machines!' And so she just nods and starts fishing around in her bag and digs out some crayons and paper and starts to hand them to Dexter saying how he can just take her kid down to the front desk and watch him for her and Dexter says, ‘No way, Lady. Not in my job description'.” 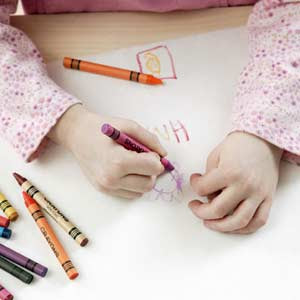 Sandy chuckles at the memory. PP nods thinking of how Dexter was coming back to her now. Wasn’t he the one that came running into the women’s locker-room without warning when someone fainted in the hot tub? Hollering at the women to ‘Cover up! I’m coming in’ and then all the women were up in arms about his invading their sacred naked space even though he had good reason. Someone’s life was maybe in peril.

PP could ask Sandy if this was the same person. Sandy would remember. But PP decides against it this time.

DL cracks up, her brown belly happy in giggle. Sandy continues to sit for a moment, seemingly confused.
DL offers, “You know, Occupy Oakland, Occupy the Swimming Pool.”
Sandy grins, and then laughs slowly. “Ah, I see. Very clever.”
“Yes, I thought it was funny,” PP adds. “'Bout all I can handle. I know I wouldn’t be able to Occupy Oakland.”
“But the pool,” Sandy nods, “you can Occupy That.” 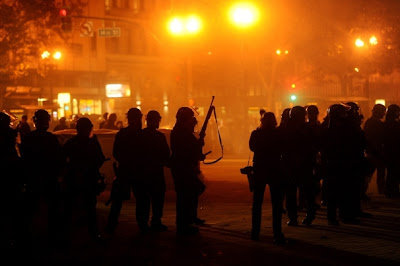 PP grins, suddenly tired, remembering how she'd had another conversation with Hilltopia Nurse the night before. Her accent inhibiting the content of the dialogue. “I listen radio tonight on way here and did you hear in Oakland they throw cannis….I’m not understand. What they throw. But the people their eyes were burning and their throats were sore and do you know why they do this?”

PP had been confused. What the hell was she talking about? Something 'bout the protestors in Oakland? Were the police throwing tear gas into the crowd? That’s what it sounded like. Could this be?

PP didn’t doubt it; and sure enough, when she got home and turned on the news this is what had happened.

What the hell was the City of Oakland thinking? Gassing the crowd? Shit.Though on the other hand, why were all these people camping out in front of Oakland’s city hall?

“It’s symbolic,” DL had explained. “They have a right to free assembly to protest.”
And of course, PP understands this, but….

You won’t catch her camping out anywhere, especially in downtown Oakland. In the middle of a huge crowd.

No showers. No TV. No pool.

Nope, she’s gonna stick to Occupying the Pool. She's all for the Symbolic, but when it comes to Occupations, it's the Pool and not the City for her.
at October 27, 2011

I'm with you sister, or sistah? Occupying my pool is about as activist as I can get.